Switching to renewable energy helps the climate and the economy

At this year’s TPA “Energy Tomorrow” conference the focus was on progressive global warming and its consequences for man and the economy as well as on actions which can be taken to combat it. In addition to startling facts about climate change, innovative concepts, which are used by research and companies to fight it, were also presented. This much became clear: There is no way around decarbonisation, optimised storage systems for alternative energies and Artificial Intelligence for more energy efficiency.

For the eighth time renowned experts accepted TPA’s invitation to meet in the Vienna Ares Tower to examine pressing topics about our energy future. Karin Fuhrmann, the host and TPA Partner, remarked that “It is not yet too late to take counter measures. In order to slow down climate change, however, actions must now follow very quickly. The change is economically and technically feasible.

And in Austria, in comparison with other countries, we have the advantage of a high level of legal stability and many years of experience with renewable energy.”

Josef Plank, Secretary General of the Federal Ministry for Sustainability and Tourism, presented key points about the climate and the Federal Government’s energy strategy. He outlined one of the ambitious targets: By 2030 100% of power is to be obtained from renewable energy sources. Currently, this percentage is around 34. With a high proportion of hydropower and biomass Austria is among the leading countries in Europe. However, in the absence of adequate domestic resources, Austria has to import the majority of its fossil energies.

Plank stressed that switching to renewable energy sources such as photovoltaics, wind power and hydropower is also a great economic opportunity. “The changeover to sustainable energy systems will be the largest investment driver that we have ever had. The regional energy production is crisis-proof and can create thousands of workplaces. And, of course, it is a strong support for a climate friendly energy policy.”

Power from renewable energy sources will be a key factor – particularly also in the area of mobility. Plank however also sees great potential for hydrogen propulsions here. The integration and mutual intertwining of the energy systems for heat, power and mobility is also important. Plank sees a problem in the fact that there are numerous diverse interests in the energy sector and that the individual European countries have completely different conditions for decarbonisation.

Prof. Volker Quaschning, the renowned energy revolution researcher at the HTW Berlin, showed clearly why we need a real turnaround instead of the gentle transition.

The temperature on the Earth has risen by 3.5 degrees since the last ice age about 20,000 years ago. A further increase of 1 degree has been recorded alone since 1900. Studies show that the temperature could rise additionally by up to 5 degrees by 2100. According to Quaschning, if radical changes are not made quickly, 100 million people will lose their habitat, the water supply on the Earth will be threatened and huge migration movements will be expected. From 2008 – 2017 there were already 214 million climate refugees. In 2017 alone this figure was 18 million. “The United Nations’ climate reports clearly show that in the next 15 – 20 years we have to make our energy supply completely climate-neutral, if we want to avoid the worst consequences for the climate – in other words, away from oil, gas and coal. The technologies for the switch are available and affordable so now it is a question of introducing them into all sectors, in the heat and power supplies and also in transportation. A great challenge – but one that is still feasible.” With regards to the production of power, above all photovoltaics and wind energy have to be expanded considerably, and storage capacities have to be created. In the transport sector we must reach 100% electromobility. Oil and gas heating as well as thermal power plants have to disappear from the market, and as an alternative biomass power plants have to be greatly expanded. “Let’s become our grandchildren’s heroes” said Quaschning as he pleaded for a swift change in direction.

The industry receives essential support for its switch to renewable energy systems from the research sector. Wolfgang Hribernik, Head of Energy as AIT (Austrian Institute of Technology), the largest non-university research centre in the country, reported that some technological developments in the power electronics sector and in the transformation of the power sector are being devised and tested together with the industry – from new inverters to storage systems. Intensive work is being undertaken on the testing of these systems and the validation in the market environment with the network operators.

Constantin Benes, a lawyer at Schönherr, threw some light on the innovative financing concepts in the renewable energy sector. He said that so-called DBOOT-contractual models (Design, Build, Own, Operate, Transfer) would be beneficial here – above all perhaps in complex projects in countries where energy production is still underdeveloped. Here a cooperation partner looks after the whole project management – from the planning and the financing to the building work. Any risks regarding the construction and the maintenance decrease for the Contracting Authority. Benes conceded that the total costs for the realisation could however rise depending on the project volume.

Filippo Ferraris, co-founder of Enerbrain, showed how Artificial Intelligence and Big Data can help to reduce energy consumption in existing buildings and to relieve the climate. He explained that “Buildings contribute 40% of energy consumption in the world”. He sees a potential of saving more than 30% if heating, cooling and ventilation is optimised with IoT-technologies, Machine Learning and mathematical algorithms. According to the expert, smart technologies that we use daily such as in smart phones would have to be used in a much more targeted way for the energy optimisation of buildings.

Peter Blaschek, Head of Software Department at W & KREISEL Group, drew parallels between the development of the internet and that of the energy market. In the energy sector the expert sees a very disruptive market and at the same time a regulatory environment. Both are indicators which were also relevant for the development and expansion of the internet. While telecommunication companies have been working towards revenues based on the infrastructure, heavy competition has arisen through different providers from other sectors. Something similar has been observed in the energy sector. With their own photovoltaics or wind turbines, battery solutions and E-vehicles, disruptive market participants provide a broader range. This often entails high investment and operating costs. This is a call to politicians who must create incentives for investors through grants.

Björn Frittum-Lafer from Netz Niederösterreich GmbH took a look at the future of energy consumption and the implementation of “#mission2030” in Austria’s largest state. According to the energy schedule between 2010 and 2030 photovoltaic production will increase eight-fold. In order to reach ambitious targets such as this, amongst others extensive investments in the network infrastructure and an alteration to the network charges is necessary. It is also crucial that the storage systems are specifically developed further. There is a need for seasonal storage in order to be able to then use generated energy in a sensible way when it is needed.

TPA is taking the lead with Energy Tomorrow

Every year with “Energy Tomorrow” TPA gives significant impetus to the public debate on the energy revolution and its implementation. As one of the leading tax advisory companies in Austria as well as in eleven additional countries in Central and South Eastern Europe, the TPA Group has the industry-specific know-how and the many years of experience at its disposal which allow it to optimally support current and future developments in the business field of energy. 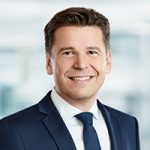 Gerald Sinabell is your contact person for all questions relevant for the media.