The renting of business premises is generally exempt from VAT. Under certain specific conditions there is an opportunity for landlords to opt for VAT. The rules governing this option were revised with effect from 01/09/2012, but there are still doubts about which situations the new rules must be applied to and for which situations the old rules still apply. This article will briefly summarise the business space rental system and shed light on the issue of demarcation between the “old situations” and the “new situations”.

The renting of business premises is generally exempt from VAT in Austria. In this case, the landlord has no right to deduct input tax for expenditure associated with VAT-exempt rental. However, the landlord does have a legal opportunity under certain conditions to waive the tax exemption of the business space rental and to charge rent at 20% VAT. In that situation, he is entitled to deduct input tax for expenditure associated with the rental (and therefore, among other things, for any VAT incurred on the acquisition or construction).

TPA TIP for landlords: Landlords should obtain written confirmation once a year from their tenants concerning their revenues.

If the landlord constructed the building himself and construction began before 01/09/2012, the VAT liability option can be used regardless of the tenant’s revenues and the start of the tenancy (“builder’s privilege”).

With “old tenancies” too – tenancies which began before 01/09/2012 – input tax deduction by the tenant is not a prerequisite for the landlord’s opportunity to exercise the option. However, in practice – especially in the context of corporate reorganisation under the Reorganisation Tax Act (Umgründungssteuergesetz, UmgrStG) – the question is often raised as to whether a tenancy is still an “old tenancy” or a new one.

The tax authorities previously assumed that a tenancy was a new one, regardless of any universal succession under civil law, if there was a change to any person in the tenancy, whether tenant or landlord. The existence of an old tenancy agreement was only affirmed in entrepreneur identity cases (such as a merger by absorption if the leased property was already part of the business assets of the acquiring company).

Clarification from the Supreme Administrative Court (VwGH): It depends on the tenancy and not on the contracting parties

However, the VwGH recently ruled on a case in which the original tenant (a limited liability company) was merged with the next tenant (likewise a limited liability company) whose revenues entitling it to deduct input tax were less than 95%. So, there was a change to the tenant, and this called into question whether the old rules or the new rules governing the VAT liability option were applicable. Application of the new rules would have meant that the landlord could no longer use this option and would have had to make an input tax adjustment (= repayment of input taxes to the tax office).

The Supreme Court stated that the legal text of the transitional provision for the demarcation focuses on the start of the tenancy or lease. In the case of a merger, this involves the universal succession of the acquiring company, which as a result assumes the contractual obligations of the transferring company without any changes to their content. In particular, existing contracts of the transferring company also pass to the acquiring company. At most, according to the court, this change to the contracting party would allow the landlord to raise the primary rent, but the change to the parties would change nothing regarding the continued validity of the tenancy. As the legal text focuses solely on tenancies and leases and not on the contracting parties, it can be assumed, according to the VwGH, that in the case of mergers the only thing that matters is the continuation of the contractual relationship.

TPA Tip: As the VwGH bases its reasoning strongly on civil law, in our opinion this decision is also relevant for other cases of universal succession under civil law. We therefore believe that the statements made by the VwGH must also be applicable to the following situations:

It is also questionable whether the aforementioned “builder’s privilege” is transferable. However, the law refers here not to the tenancy but to the identity of the entrepreneur (for VAT). For this question, too, there is no case-law yet – however, the BMF generally rejects any transferability.

With the acquisition of real estate by direct purchase (asset deals) the consequences for VAT in particular should be examined carefully as non-compliance in this area “can be expensive”. If you are buying or selling a property, consult your TPA advisor who will be happy to assist you with all further tax issues relating to your property.

Tax expert in legal form design and reorganisations of companies and has many years of experience in corporate tax law. 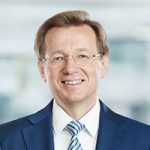