Losses incurred during the development phase do not have to be put “on hold” and can be offset immediately, even by sole proprietors

A physician has developed a completely new type of electrocardiograph that is protected under a patent. Trial runs of a prototype of the device as well as of six other demonstration devices were performed in hospitals and medical centres. After the development of the prototype, the know-how was transferred to a GmbH, with the physician receiving a current license fee from the GmbH.

Obviously, during the development phase, the physician incurred losses due to this research and invention activity. For income tax purposes, he wanted to offset these losses (resulting from business operations) against the profits from his surgery, in order to save taxes.

The tax office argued that the main focus of the research activity had consisted in “managing intangible assets”. For this kind of administrative activity, the law provides for a ban on offsetting any losses against profits from other sources of income. Consequently, the losses incurred through the development, patenting and manufacture of the electrocardiograph cannot be offset against the profits from practising medicine (income from self-employed work), but only against any later profits from exploitation of the development (in Austria, such losses are called Wartetastenverluste (‘on-hold losses’).

The Federal Finance Court (BFG) did not concur with the view of the tax office and sustained the physician’s appeal. The tax office lodged an appeal on points of law, arguing that the physician had left the marketing of his invention to a limited liability company (GmbH) controlled by him, so that only income from the granting of licenses was generated, which constitutes the management of intangible assets.

In practice, some favourable conclusions can be drawn from the decision:

Austrian inventors within a company structure may offset the losses incurred in the development phase against other income without restrictions. The so-called “on-hold losses” provision does not apply, even though the development may subsequently be transferred to a GmbH (for instance) and exploited by the same. 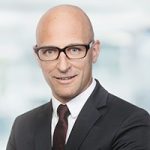 Günther Stenico predominantly advises national and international companies in all questions relating to tax law in Innsbruck and Tyrol.