Since recently, all Austrian financial institutions have been obliged to submit certain financial account data to the Federal Ministry of Finance (BMF). The basis for the is the Common Reporting Standard Act (GMSG), which incorporates an EU directive, the origins of which stem from the Common Reporting Standard (CRS) developed by the OECD, into national Austrian law.

The GMSG stipulates that national tax authorities transmit the data electronically to the competent authorities of the participating CRS states. It is an international reporting system aimed at helping combat cross-border tax evasion and avoidance. Over 100 countries (including all EU Member States, Switzerland and Liechtenstein) around the world participate in it.

All customers, both natural persons and legal entities / companies who do not have their tax domicile exclusively in Austria but (also) in one of the participating CRS states are affected.

When does reporting occur?

Self-assessment in respect of tax residence

As from 1 October 2016, each new account/deposit holder has been obliged to disclose their tax residence(s) and, where applicable (in the case of companies with passive income), of their controlling persons to the financial authorities. In certain circumstances, tax residence(s) must be clarified for accounts / deposits existing as at 30 September 2016.

Tax residence generally depends on the regulations of the state in question. Points of reference are characteristics such as place of residence, habitual residence or the centre of life interests or, for companies, the registered office of the company or the place of management.

Which data are reported?

The financial institution is, in principle, obliged to report all bank accounts (savings, deposits and giro transactions) and deposits held by customers resident for tax purposes in one or more of the participating countries.

When are reports sent?

The automatic exchange of information is valid from 2017 onwards for the previous calendar year, replacing the EU withholding tax for EU citizens with limited tax liability in Austria. 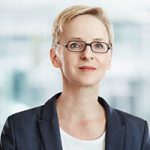 Anja Cupal has specialised in financial criminal law and is a Certified Financial Criminal Law Expert. Also, an expert for foundations.