Agreement on a global minimum taxation for international groups of companies

All you need to know about the new global minimum taxation

On 1 July 2021, the representatives of around 130 OECD countries and on 10 July 2021 the finance ministers of the twenty leading industrialised countries (G20) agreed on a historic tax reform for large corporations after lengthy negotiations. The final approval of the heads of state of the G20 countries is expected to take place at the end of October 2021 after the last substantive issues have been clarified. The reform is to come into force in 2023.

The global agreement on international tax reform is intended to ensure that multinational companies with a turnover of EUR 20 billion or more and a profit of at least 10% pay more taxes in those countries in which they operate. The agreement is based on a “two pillar” approach developed by the OECD in 2020.

The measures of the first pillar aim at a redistribution of taxation rights of the individual states. The adjustments are intended to take account of the development of new business models that allow companies to generate revenue even without a physical presence in a territory. The focus is particularly on

As a result, part of the global residual profit of the multinational group of companies, which is currently taxed (tending to be low) at the level of the ”central entrepreneur”, should in future be allocated to the respective market or user states for taxation.

According to the cornerstones of the tax reform, there should be a redistribution of 20 % to 30 % of all profits of a multinational enterprise that exceed the profit threshold of 10 % of turnover.

The following concepts are currently available for the implementation of minimum taxation:

The “GloBE Rules“: The GloBE rules aim to raise the taxation of low-taxed subsidiaries or permanent establishments within large, multinational corporations to at least a specified minimum level:

The „Subject to tax rule“ is not listed under the GloBE rules, as its application is not to be limited to large multinational groups: The withholding tax rights of the state from which a tax-deductible payment flows are to be adjusted (upwards) to the minimum taxation level, provided that the payments are not taxed or are taxed at a low level in the state of residence of the payee. In particular, deductible interest and royalty payments as well as rental payments and guarantee fees are to be included in the material scope of application of the subject to tax rule.

Both the representatives of the 130 or so OECD countries currently supporting the tax reform and the finance ministers of the G20 countries hope that the introduction of a global minimum tax will above all reduce the differences in tax rates between the individual countries, prevent the shifting of profits to non-taxing or low-taxing countries and curb tax competition between countries.

According to OECD estimates, the introduction of a global minimum tax of 15% is expected to generate between USD 150 billion and USD 200 billion in additional tax revenues annually.

Initial estimates suggest that the introduction of a global minimum tax would affect around 100 companies worldwide, led by the major US tech giants Apple, Facebook, Google, Microsoft and Amazon.

However, the actual work on the exact implementation of the tax reform is still pending, as so far only cornerstones have been agreed at the global level. Numerous questions remain unanswered; in particular, it remains completely unclear on which tax base the minimum tax is to be levied.

Moreover, the plans for a global minimum taxation are not approved by all states. In particular, states such as Estonia, Hungary and Ireland, which want to boost their attractiveness as business locations by means of comparatively low income taxation, apparently see the introduction of a global minimum tax as an attack on their national sovereignty. It therefore remains to be seen how the final implementation of the global minimum tax will turn out. 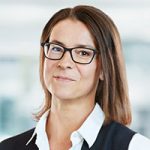 Expert in international tax law and transfer pricing for companies in the transport, banking and financial service sector. Tutor, lecturer..