The Republic of Croatia introduced a range of tax measures to assist the economy and its citizens effected through the COVID-19 virus with aim of maintaining liquidity, economic activity and retention of employment. The most imported at this time are:

1. COVID-19 measures for companies in Croatia

Businesses and citizens affected by the coronavirus crisis will be allowed to defer payment of certain taxes such as personal income tax, corporate profit tax, value added tax and social contributions. The payment can be postponed for a period of three months, with the possibility of extension to additional three months. Thereafter, a 24-month payment of debt in installments, will be provided interest-free.

Income obtained by natural persons on the basis of reliefs as prescribed by the GTA, shall not be considered as income from self-employed activity. The personal income tax calculations will be processed sooner and any overpayment of personal income tax will be paid out sooner than prescribed. The citizens will receive a refund of prepaid income tax and surtax during the month of June.

The Tax Authorities may, grant to the certain groups of taxpayers who, due to special circumstances, have discontinued their operations or continued to operate on a reduced scale, determine the advance payment of income tax or profit in the smaller amount, or in the amount of HRK 0.00 in two ways: ex-officio or upon request.

Required conditions for the possibility of filing a Payment postponement request (as prescribed by GTA):

Entrepreneurs (legal and natural persons) can apply for deferred payment of due taxes, contributions and duties if they have all their tax liabilities settled before the occurrence of special circumstances, or if they have a past debt of less than 200,00 HRK on the day of filing a payment postponement request. The following conditions must be met:

The subsidies are as follows:

The 2. COVID-19 package for companies in Croatia

The second package of measures for saving the economy include the following important measures in terms of tax regulations:

2. Exemption or deferral of tax payments

The criteria for deferring or paying taxes and contributions (income tax, profit tax and social security contributions except pension insurance on the basis of individual capitalized savings) depends on the company’s revenue and percentage of decline in revenue:

3. Delay in VAT payments until issued invoices are paid or VAT payment according to cash principle 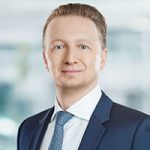